The History of Gordon Piatt

The History of Gordon Piatt

Shortly after WWII, two friends living in Montana, Kern Gordon and Bill Piatt, were discussing changes taking place in the methods in which buildings were heated. They were both old enough to remember burning wood or coal in homes and small businesses, and were aware of the recent change in some parts of the country to burning oil.

In the Midwest, large natural gas deposits had been discovered 20 years earlier in the Hugoton area in south-central Kansas. Natural gas pipeline distribution was moving access northeast to Chicago and other large population centers.

Kern and Bill, being engineers, began thinking about designing gas burners for this expanding market. They became aware of the Sonner Burner Company in Winfield, Kansas, which had been established in 1926 to manufacture upshot atmospheric burners for homes and small commercial buildings.

These burners required a boiler, most often producing low pressure steam, and a chimney 10 to 20 feet tall to provide the draft to pull the flame and flue gas through the boiler. Tall chimneys were quite common in the early days of burners and combustion, the larger the capacity, the taller the chimney.

Gordon and Piatt decided to move to Winfield in 1949 to form the Gordon and Piatt Company, which was started in Gordon’s garage. They shortly moved to an old parachute building at Strother Field, an Army Air Corps installation built during the war. During this time, they designed an upshot atmospheric burner which used an all cast iron venturi and slotted head, eliminating the refractory block used by Sonner Burner. They took this burner design to Kewanee Boiler Company, and after many discussions agreed to package the burner into a heavy combustion enclosure to fit under and support the Kewanee “R” series firebox boiler.

Hundreds of these packaged burner assemblies were sold during the 1950s. In the meantime, the business continued to grow, the business incorporated, and in 1955 moved into a new building, also at Strother Field. Several key personnel from Sonner Burner also joined Gordon & Piatt at this time. Bill Piatt left the company before incorporation in 1955.

While the atmospheric design was very dependable and long lasting, it was limited to very low heat release rates and could only fire natural or propane gas. Gordon-Piatt began designing and experimenting with a burner that incorporated a small electric fan to push the flue gasses through the boiler, rather than relying on a tall chimney to pull them through the boiler. This, of course, required the boiler companies to ensure that the boiler combustion chamber joints were sealed to prevent flue gas from escaping into the room. The first burner designs were somewhat crude, with multiple horizontal refractory tubes containing a gas spud, and in some cases, an oil nozzle for back up alternate fuel firing.

The demand for even higher firing rates in smaller combustion volumes pushed the need for much larger combustion air electric motors and fans, and stainless steel flame retention combustion firing heads. The first burner of this design was called the “R” burner, after the early atmospheric upshot burner application in the Kewanee “R” series boilers.

The early 1960’s was a time of rapidly increasing burner sales and expansion into all 50 states and Canada. Regional offices were opened in Chicago, New York, Minneapolis, Philadelphia and Canada. Kern Gordon believed that as burners were sold, they must have strong factory backup for assistance with startup, service and follow-up parts sales. These regional offices, staffed with sales engineers and qualified field technicians, gave Gordon-Piatt a major advantage against other competing burner companies.

During the 1970’s and 1980’s Gordon-Piatt added the “S” series for Scotch Marine boilers, as well as the “F” design for even larger boilers, with capacities up to 42 million BTU/Hr. The number of employees peaked at 335. The plant was expanded several times, including a large, dedicated laboratory for firing various solid fuels, as well as room for application testing mounting Gordon-Piatt burners in boilers provided by various boiler manufacturers.
Natural gas discovered in the North Sea provided a market for sales in England, Holland and Germany. Offices were opened there to promote sales and service of Gordon-Piatt burners.

In 1972 Gordon-Piatt, Inc, was acquired by the investment group Peabody International Corporation. This group consisted of 40 companies involved in the total scope of the newly formed Environmental Protection Agency in 1970. Gordon-Piatt, Inc. became Peabody Gordon-Piatt.

Kern Gordon recognized that the United States was now consuming more gas than it was producing and would have to start importing gas, resulting in a much higher price for natural gas and more demand for oil fired burners. Oil would become the primary fuel for many facilities.
In addition, it was not uncommon for manufacturing facilities in the northern US with gas-only capability to have to shut down for weeks at a time in severe winter weather so that the gas supply pressure could be maintained for residential and other critical users. The result was a high demand for multi-fuel burners for several years.

In 1992, Peabody International Corporation sold Peabody Gordon-Piatt back to a group of Gordon-Piatt employees. The new company was called Gordon-Piatt Energy Group. This company continued supporting many of the same products, but with less emphasis on the solid fuel systems and the large “W” burner products.

In 2001, Gordon-Piatt Energy Group was sold to John Zink Company, based in Tulsa, Oklahoma. The following year, John Zinc decided to close the Winfield facility and move Gordon-Piatt Energy Group’s production and some employees to their Tulsa facility. At that time there were 200 employees. As a footnote, John Zinc Corporation had been purchased by Koch Industries, Wichita, Kansas, in 1989.

Unfortunately, in 2009, for unknown reasons, John Zink decided to withdraw Gordon-Piatt burners from the market and ceased production. It seems sad that a company that started in a garage and grew to become the largest manufacturer of commercial burners in the US was simply shutdown. 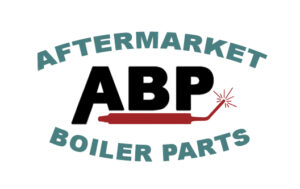